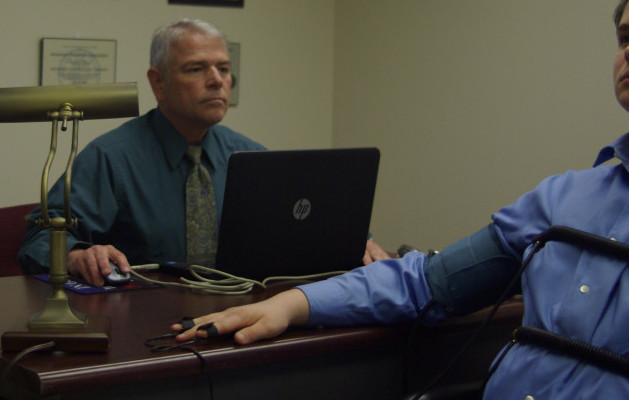 What is polygraph testing?

The word polygraph is derived from the Greek word “Polygraphos”. “Poly” in Greek means “”many”” and “Graphos” in Greek means “”writings””. Hence, “many writings“. And in polygraph the many writings are the tracings of bodily reactions to questions being asked. The minimum amount of tracings to be used on a polygraph chart are four. I use a minimum of six or seven tracings.

So what are these tracings? and What is polygraph testing? You may ask. Next I will go over the sensors used in polygraph and then in the next post go more depth of what they measure.

The Pneumograph or breathing movement sensors. 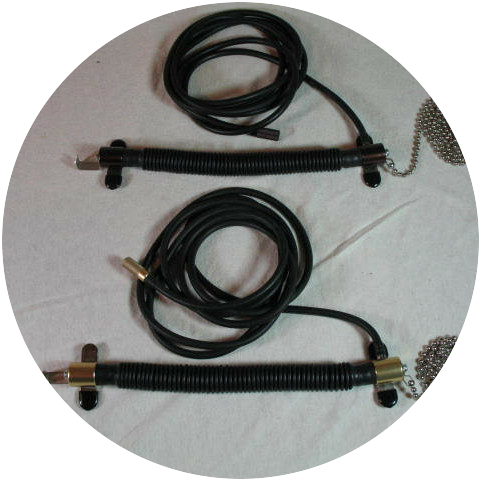 These are too convoluted rubber tubes that go across the upper chest/thoracic and lower chest/abdominal areas.

What they do is sense and measure movement when a person breathes in and out. Why two tubes?,  Some people are upper chest/thoracic breathers and others are basically abdominal or gut breathers. Using two breathing movement sensors makes sure that we get the proper measurements that we are looking for. Both channels are grouped together and scored by the polygraphist. The breathing movement sensors are the least accurate of all the sensors used in polygraph because of all the bodily reactions, breathing is the one that is most controllable by the test subject. And the breathing channel is most apt used by someone to try to use a countermeasure. I will be going into countermeasures in another post. 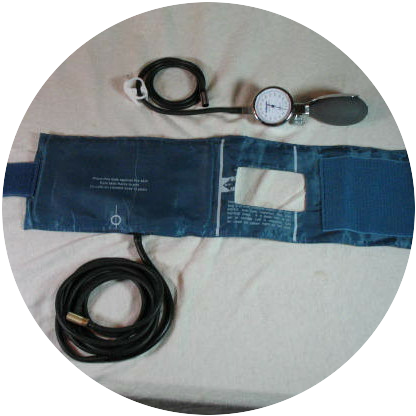 This sensor is basically a blood pressure cuff that is very similar to what you would see in a doctor’s office. It is usually placed on either the upper arm or the lower arm in polygraph testing. Most of my colleagues now use the cuff on the lower arm because it is less likely to be affected by a person’s breathing. When put on the upper arm the cuff may press up against the person’s chest so when they breathe in and out it will potentially give a false reading. We would know what is happening, because breathing and blood pressure rise and fall would be in sync with each other. Unlike what a doctor would do with the blood pressure cuff in his office, which is inflate the cuff to a certain point and then start to release the pressure immediately, checking for the systolic and diastolic measurements. During the beginning of a polygraph test, the blood pressure cuff is inflated and left inflated for the duration of the asking of questions. This usually takes around 5 minutes for that particular chart.

The EDA/GSR or skin sensor. 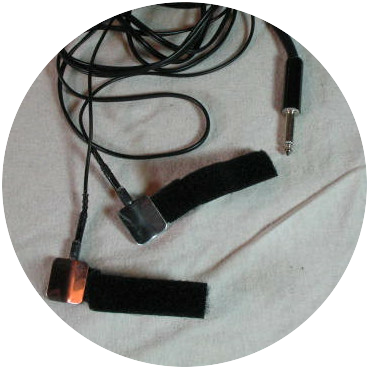 The EDA is the acronym for Electrodermal Activity or GSR which is the acronym or Galvanic Skin Response. This sensor measures the electrical conductance/resistance and sweat on the skin. You may be asking: What do you mean by electrical or electricity on the skin? We would not be able to move if it were not for electricity in our bodies. Our brain sends out signals to our body in the form of electrical activity which causes our muscles to contract or expand.

These sets of sensors consist of two contacts that are usually placed on the index finger and ring finger of either hand, but that is not the only place that they can be attached, even though it is the most common place. Sometimes we have issues with the fingertips of the test subject. We may not get an effective contact that we normally do. This is sometimes on men who do heavy labor work and have calluses or dry skin. This causes poor contact with the sensors to the skin. On women sometimes we have issues with chills or cold. I don’t know what it is, but women like to show up for the test with a sleeveless blouse on. And in the winter time that could be an issue with them getting colder. And would cause blood to constrict from the extremities causing less skin reaction.

There are many techniques used to get the proper contact we need on the skin to read EDA/GSR. One technique is to use electrode sticky pads similar to what a doctor would put on a person’s chest to do an EKG. Placing them on the palms of the hands., I have not had as much luck with that since if the man’s fingertips are calloused, the palms of their hands are probably also calloused. I’ll also try the back of the hand for effectiveness. A technique I’ve used successful in men is placing the contacts on top the fingers behind the fingernails where there is not as much chance of a man having calluses. Also, I’ve placed warm to hot water in a bottle and have test subject hold it under the hand. I do the same thing with women to help get the warmth back into their hand and in both of these techniques I usually cover up their hand with the thermal blanket and them with another blanket on them as well to keep them warm.

The EDA/GSR sensor is most accurate sensors of all the sensors that are used.

There are other sensors that I do not use that are in the polygraph field. One is the CAM acronym for Cardio Activity Monitor. This sensor is not very accurate and I do not konw of anyone who uses it. The Plethysmograph ( Say that three times real fast 🙂 )which is placed on the fingertips similar to an oxygen sensor. It is making a comeback because of its purported accuracy in studies. But before I were to use this sensor, I would like to see more scientific studies on its accuracy and a block of instruction on its proper use.

All of these sensors come together during the test in an orchestra of their individual purpose.

My next post will be the continuation of the tests after the sensors are attached.

What does a polygraph test measure?

If you have any questions, please ask and also feel free to comment.